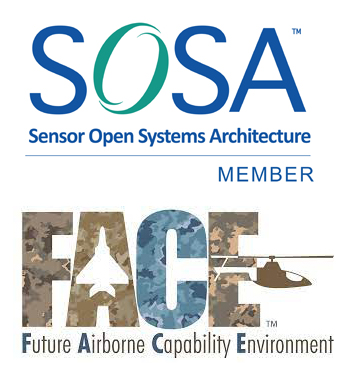 GMS, a 40-year proponent of open standards, was an original contributor to the VMEbus specification—now ANSI/VITA-1 and governed by VITA—as well as a participant in myriad VITA specifications, including VPX. The industry leader in rugged, deployed small form factor systems, GMS is also a leading supplier of interoperable VME and OpenVPX single-board computers to military and aerospace, civilian and medical industries. For example, to-date, the company has shipped thousands of single-board computers to the U.S. Navy for combat, weapons, and ship management systems on Aegis, destroyer, guided missile (DDG) and littoral combat ship (LCS) platforms. GMS VME boards also control wafer fabrication equipment at the heart of the semiconductor industry.

Additionally, GMS is readying for market new MOSA architectures for scalable, distributed computing that are SOSA™-aligned and based upon common open standards. The GMS X9 SPIDER architecture is designed in alignment with the SOSA technical specification, with OpenVPX, and other DoD requirements. More importantly, GMS believes the system-level architecture perfectly embodies the goal of MOSA, and the mission of SOSA, per https://www.opengroup.org/sosa

“GMS is proud to join SOSA™ and FACE™ to continue our commitment to the DoD’s quest for common standards,” said Ben Sharfi, founder and chief architect, GMS. “SOSA is a great start for vendor interoperability at the board interface, and the Open Group has successfully achieved what others could not.”

Despite the positive direction, GMS believes the current standards fall short of true interoperability on the system or sub-system level, which is where both prime contractors and industry vendors add the most value to the government.

“There’s a better way to do this. and we will be demonstrating what interoperability looks like one or more levels removed from just the board-level LRU,” Sharfi said. GMS believes interoperability, scalability and even tech insertion at the systems level is truly what the DoD is searching for. SOSA is a valuable first step and GMS looks forward to participating in the Consortium.

With the support of the three main branches of the U.S. military and over 90 industry manufacturers, the FACE and SOSA consortia develop standards that are consistent with the DoD’s MOSA directive for new system development as well as modification of existing systems.

Both consortia define open architecture for avionics and other platforms and promote modular design for greater interoperability. Any solution that adheres to this standard would be vendor-agnostic, thereby promoting vendor competition. To the developer, this standard presents opportunities for capability-reuse across multiple platforms, which reduces integration time and costs.

As an industry expert in rugged computing systems in demanding C5ISR applications, GMS welcomes the opportunity to contribute to the next phase of embedded computing for the defense and aerospace industries as an active member in the open standard community by providing technology solutions aligned with the SOSA and FACE design standards. Additionally, GMS plans to introduce complementary technology to the two consortia with the introduction of new, scalable and distributed SOSA-aligned architectures.