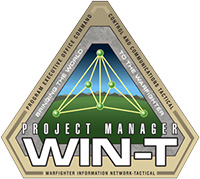 For over three decades, the U.S. military has relied on General Micro Systems to deliver trustworthy, high performance, commercial off-the-shelf (COTS) computing engines that fit the individual needs of each military branch and every tactical situation. GMS is a supplier to several major aerospace and defense programs and platforms on land, sea and in air including WIN-T, DDG-M, multiple UAV platforms, manned and unmanned ground vehicles, missiles, helicopters, warfighter wearable systems and Air Force One.

There are several key reasons why the U.S. military invests in General Micro Systems’ products, most notably is because of our uncompromising commitment to product longevity.  By developing upgradable processor technology, we can guarantee the assurance of drop-in replacements during tech refresh cycles. Along with extended, low cost life-cycles, General Micro Systems also boasts the proven ruggedness of our systems, in technology and interconnects, though tested and approved performance in extreme battlefield environments.

It’s no secret that computers designed for military applications require optimized size weight and power (SWaP).  In fact, every small form factor computer company designs systems to try to meet the lowest mark possible in this regard, but while many of these companies claim to have the best SWaP around, many fail to take into consideration the two most important factors: performance-per-watt of power, and cooling.  GMS uses multi stage regulators to achieve the highest regulator efficiency and utilize the lowest power.  They are designed to operate with every GMS product to reduce power consumption, even if it is only fraction of a watt. The other key difference is our cooling system. GMS’ patent pending RuggedCool™ Technology is the most efficient cooling system in the world and provides unparalleled shock and vibration performance. 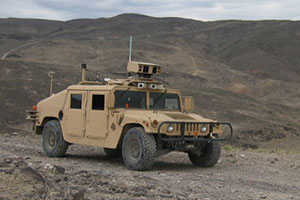 General Micro Systems has been empowering Army vehicles for over 10 years with our small form factors systems, which are pseudo standards for all Army applications.  Our systems are used in just about every vehicle from Mine-Resistant Ambush Protected (MRAP) vehicles to High Mobility Multipurpose Wheeled Vehicles (Humvees), Joint Light Tactical Vehicles (JLTVs) and amended versions of these.  GMS is also highly involved in the Army’s WIN-T program. By supplying several systems under three different contracts, GMS helps enable mobile battle command, keeping forces connected to the Army’s global information network.  GMS’ essential participation includes providing network voice, video, and data services to ensure the secure transfer of information for rapid decision making. Some of the programs that include GMS products are: MEADS, a radar control system used by NATO; SANDI, an IED detection and neutralizing system and Vigilant Pursuit, intelligence information gathering.

GMS also collaborates directly with the Navy to assist in programs like TWCS & TTWCS for Tomahawk weapon control, JEACO for electronic warfare, and more. In addition, GMS participates with primes like Lockheed Martin in modernization programs such as AEGIS, and DDG, aimed at advancing the weapons systems and capabilities of the existing destroyer fleet to meet current national security strategy, thereby lengthening the fleet’s service life.  In fact, General Micro Systems’ hardware is integrated into the Navy’s most technologically advanced destroyer ship to date, the DDG-1000 Zumwalt.  We also work with Raytheon on programs like the Sea-Sparrow missile control system. General Micro Systems’ involvement with the U.S. Navy includes significant computer system upgrades to provide the computing power engines necessary to operate updated weapons, radar communications, navigation, engine control and shipboard systems.  The Navy also employs our machines in a wide range programs that are targeted at improving the efficiency of airborne missile systems. 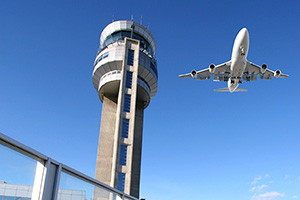 We are also highly dedicated to both aerospace and commercial aircraft markets throughout the U.S.  Our contracts with primes like the U.S. Air Force, Lockheed Martin, and L-3 Communications include providing Network Attached Storage (NAS) in the B-1B Bomber, and equipping Air Force One and other VIP executive planes with our innovative technology.  To name a few more, we’ve also been in participation with ARINC for tactical data link processing in SATCOM applications, General Dynamics for a WIN-T collaboration, Northrop Grumman for multiple UAV programs, Raytheon for Missile Defense, Rockwell Collins for communication equipment controllers in jet aircrafts, Parker Aerospace for cabin monitoring in an Airbus A380, and our XPC40x system is largely installed in the Boeing F-15 modernization.  GMS' systems have also been deployed in Federal Aviation Administration (FAA) applications as well as in-flight entertainment systems.  One of the most significant reasons why we were able to receive the FAA contract is because of the optimized processor speeds equipped in our systems, as well as the immense flexibility in custom configuration options that this market segment demands.

Our broad and highly configurable collection of advanced computer systems are supplied to the U.S. military for a diverse range of programs and mission critical, extreme environment applications across the aerospace and defense markets. Our commitment to military parameters have allowed contracts with military bases across the country, such as Fort Huachuca, Fort Hood, Fort Belvedere, Naval Air Station Patuxent River, Fort Eustis, and Redstone Arsenal on man deployed computers, vehicle deployed computers and airborne applications for the U.S. military.

The Military market relies on GMS' computing technology because we can guarantee low-power consumption, high computing intensive capabilities, uncompromising security all encased in ultra-rugged, compact package. Our collaborative efforts with the U.S. military have been, and will continue to, forge into new innovative territory in order to secure the features that protect national assets.