Online roundtable discusses the upturn in the defense market, hot application and technology areas for the U.S. Army, and commercial-off-the-shelf (COTS) procurement with exhibitors from the Association of the U.S. Army’s (AUSA) Annual Meeting held earlier this month in Washington.

Originally Published in the October Issue of MILITARY EMBEDDED SYSTEMS

MCHALE REPORT: What tech and procurement trends came out of the AUSA’s Annual Meeting this month in Washington? What was the buzz on the floor and in the conference tracks?

POWERS: Building readiness was selected as the theme for AUSA 2017. It set the tone for the event and fit the conference well. RTD&E [Research, Testing, Development & Evaluation] funding is up and the drive for modernization via data, sensor fusion, and knowledge enabled agility really stood out. The U.S. Army’s Innovator’s Corner displayed leading edge S&T [science and technology] work, while the Warrior’s Corner spoke to initiatives such as Rapid Acquisition for Land Power Dominance in Europe, the Next Gen Combat Vehicle program and the Network Way Ahead. In a number of these efforts, consortiums such as the Defense Automotive Technology Consortium (DATC) are playing prominent roles. Also, the use of Other Transactional Authority (OTA) funding as a vehicle to accelerate development and deployment of new systems was part of the conversation. In a nutshell, the buzz was about innovation and urgency.

PATTERSON: The “buzz” is that after the past eight years, and for 99 percent of the exhibitors, the defense market is back. There’s clearly optimism that the need for advanced technology. The interest we saw by both exhibitors and attendees in our rugged GPGPU technology was off-the-charts positive. Any negativity seemed to come from companies that didn’t take the opportunity in the past decade to position themselves with new, innovative technology to hit the ground running.

ORMSBY: During his AUSA keynote address, Army Chief of Staff, Gen. Mark A. Milley, made clear that readiness remains the number one focus. While the U.S. Army has made great improvements in overall readiness, there’s more work that remains to be done. Gen. Milley highlighted a plan to stand up Modernization Command, by June 1, 2018. The Modernization Command, which will be formed from existing assets, will adopt a “Buy, Try, Adjust” acquisitions model. 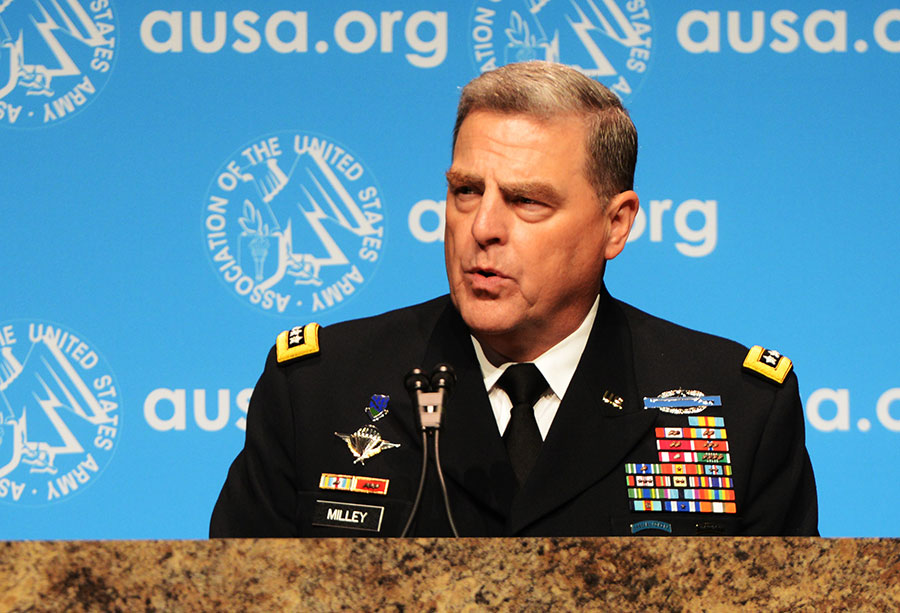 Next Generation Combat Vehicle - along with other close combat capabilities in manned, unmanned, and optionally-manned variants - with the most modern firepower, protection, mobility, and power generation capabilities.

During her AUSA Welcome Address, Ms. Steffanie Easter, Assistant Secretary of the Army (Acquisition, Logistics, and Technology), Army Materiel Command Headquarters discussed how the Science & Technology domain must review its portfolio to ensure that it is in line with the six Army priorities and adjust its investments accordingly. Easter discussed that ASAALT is being organized into two individual focus areas, Research and Engineering. Also, eight Cross Functional Teams (CFT) are being formed to manage requirement development in accordance with the six CSA modernization priorities. The CFTs will be integrated from all domains, including Requirements, Acquisition, Science & Technology, Test and Evaluation, Resourcing, Contracting, Costing, Acquisition Logisticians and U.S. Army Forces Command. The goal of these CFTs will be to speed capability requirements to the Army Acquisition System. This will enable faster and less costly development of capabilities to support the warfighter. The CFT Pilots are:

In addition, during AUSA there was much discussion of the Acquisition Reform Initiative to link and streamline requirements, acquisition, and budget processes in order to place greater capabilities in soldiers’ hands faster and at lower cost. The Army is focusing on implementing nine initiatives: 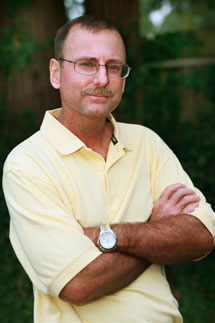 CIUFO: From what we saw at AUSA this year, the battlefield, the adversaries, and the future threats have changed. Ironically, it’s a back to the future moment where the Army appears to be reverting to the 1980s U.S. doctrine of bigger wars against known enemies. There is talk and serious concern of conflict with Russia or North Korea – old concerns swept aside as Iraq, Syria, Afghanistan and asymmetric warfare changed our thinking, tactics, and equipment. Looking forward, we’re seeing the need to focus on munitions (missiles, for example), smarter target tracking and increased kills against well-equipped and sophisticated enemies. This old doctrine now needs the latest smart, connected munitions, networks, and cyber security.

Procurement-wise, we’re seeing how essential it will be to have hit-on-the-move, precise stand-off weapons, ballistic missile shields, and rapid connectivity on the digital battlefield while under cyber attack or denial of service. It’s like the civilian Internet with all of its threats applied to the battlefield, and we can’t get next-generation communications, connected platforms, and weapons on line fast enough.

POWERS: It seems all segments, depending on where your interests and expertise lie, are humming with activity for COTS vendors and people are eager to engage. For many vendors, the answer is all of the above! This is because COTS-based, multi-platform open architecture has asserted itself as the mantra of the agencies and industry participants. Many of the COTS-based applications establish pedigree via select industry standards groups, such as Society of Aerospace Engineers (SAE), for items such as for rugged 10 Gb Ethernet cable, or VITA Standards Organization (VSO), for VPX-based rugged embedded computers. These industry groups have really taken the reins on the standardization of cutting edge technologies with intimate oversight from various branch R&D arms, including CERDEC, AFRL, and NavAir. Joint approaches by the agencies are also becoming commonplace, furthering commonality. We are fortunate that technology and innovation are well funded at present. The collective community has risen to the occasion and is demonstrating a sense of urgency on systems ranging from active protection to next generation airframes.

PATTERSON: Without being trite, all of them, including cyber-secure, Earth-orbit Space satellite constellations. Several heavy-iron vehicle programs are going for much needed upgrades. The Russians have taken the lead in several of these areas, and are continuing to invest and out-innovating vehicle-based systems, but now the U.S. is in catch-up mode.

Frankly, every one of these areas now represents a growth market for COTS companies that have been investing and innovating in new technologies and creating new products. For example, the U.S. Anti-Ballistic Missile defense system is obsolete and in-line for a much-needed technology insertion program. For example, the A176 Cyclone supercomputer, which is a low-power, GPGPU-based compact SFF, uses deep learning to provide faster, more accurate data andimage processingthat enables better military intelligence.

CIUFO: The hottest Army applications? Smarter, more precise weapons; cyber-hardened networks; and distributed processing — with actual vehicle boxes that are redundant and survivable down to the platform itself. If a platform is damaged, it can continue due to redundant processing. Platforms themselves are even redundant with other platforms. The Army’s recent MVD MRAP Type II Mine Clearing Vehicle is one example. It’s straightforward for the Army to duplicate a vehicle’s function with a secondary vehicle. If the first vehicle is damaged, a secondary one can take over the task (such as operating the anti-IED robot or remotely firing the turret gun). There’s also real concern that the entire battlefield’s network might be compromised, like in an Internet DDNS attack. If our services’ primary communications channels are denied or degraded, we will need secondary, alternate networks. Another area we’ve seen for several years: robust, rugged, COTS servers deployed onto the battlefield in packages that can survive the battlefield. Forget about rack mount equipment at the tip of the spear. That server is still needed, but it needs to be survivable.

ORMSBY: For COTS vendors, all of the above application areas were of great interest since they can all be matched with any of the top six Army priorities, and many are inter-related.

MCHALE REPORT: How does the U.S. Army procurement strategy differ from that of the Navy or Air Force? Does it embrace COTS more, less or equally? And why?

POWERS: It would appear the goal of common practices among the branches is becoming more prevalent, with DoD vehicles like OTAs, the utilization of industry consortiums and the engagement of select standards groups. That said, the argument can be made that the U.S. Army has a broader set of requirements as driven by diversity of mission and the fact that it is the largest single branch in personnel. The need for low-cost, high-volume, fast-turnover systems relative to the other branches further highlights the importance of COTS in their procurement strategy, especially when considering the U.S. Army does not typically receive the most funding. As a result, I believe the Army needs to and does embrace COTS more than the other branches to enable speed, efficiency, and value.

PATTERSON: COTS has been embraced nearly equally across the U.S. military services, with each branch initiating advanced development programs to adopt and adapt COTS into next-gen systems, including DARPA. DoD related standards (e.g. FACE and SOSA) are starting to be included in RFPs for integrated systems with support at the board level. Cybersecurity has finally made its way to the forefront of embedded systems, especially if they are in some way connected to the cloud.

CIUFO: The three branches – Air Force, Army, and Navy – fall into what we call the COTS Funnel. The Navy’s requirements--in terms of ships and subs, for example—are usually the least stringent of the services and can rely the most on nearly commercial COTS. So the Navy’s procurement strategy includes lot of less rugged COTS technology. At the smallest end of the funnel, the Air Force (and Naval Aviation) require specialized and exceptionally robust and flight/safety-critical systems. They tend to buy the most rugged and most customized equipment to meet their needs.

The Army (and the Marine Corps) tend to use technology and systems somewhere in the middle, and is working closely and collaboratively with industry. We can iterate pure commercial technology and evolve it into what the Army needs for its very rugged equipment. We have found that, like the Navy, the Army can use the very latest technology, and is finding ways to deploy it very quickly so the warfigher benefits.

In contrast, the Air Force and its specialized requirements mean even the latest technology will be delayed due to the necessary miniaturization and safety qualifications that go along with avionics systems.

ORMSBY: Without going into specifics, one area in which Army procurements differ from Navy and Air Force approaches is the sheer quantities that they deal with. The size of Army procurements is one of the key drivers behind the demand for affordable solution that can be fielded quickly. The Army has learned from the past that large programs can become unaffordable and take too long to realize. As a result the Army is moving away from large programs. These sensitivities and the scope and breadth of its requirements are also increasingly driving the Army towards COTS-type solutions and new procurement structures.

The areas in which the Army announced they are focusing at AUSA mean that trends continue to be positive for COTS vendors. The Army’s requirements align well the “sweet spots” where COTS excels, such as reducing government risk and NRE and delivering capabilities to the warfighter faster. For example, two of the new CFTs, Future Army Network and Assured PNT, are especially well positioned to benefit from the COTS vendor’s ability to deploy faster to the field with provable, high-TRL [technology readiness levels] solutions.