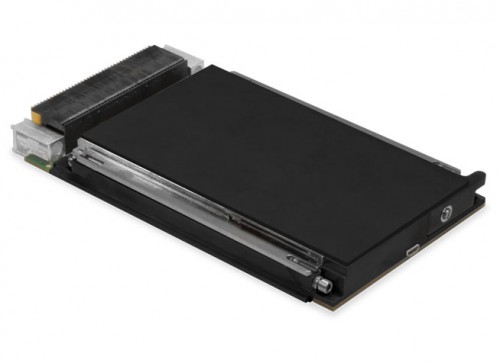 - Developed in alignment with the SOSA™ Technical Standard.

SYSTEM OVERVIEW
The VPXC200 “Sparrow II” is a sixth-generation 3U OpenVPX embedded server module based on GMS’s upgradable CPU “computing engine” technology. It is designed to provide the highest level of multi-core server performance possible in a condution-cooled, single-slot OpenVPX slot. It may be operated in all OpenVPX backplanes compliant to VITA 46/47/48 backplanes/chassis with 0.8 pitch. The Sparrow II is the highest performance OpenVPX SBC in the market with vast I/O and upgradable CPU for extended life cycle.

Sparrow II supports the latest, most power-efficient Intel® Xeon® processor D with Hyper-Threading for a total of up to 16 physical cores (32 logical cores) operating up to 1.5GHz and having the ability to Turbo Boost up to 2.1GHz. To harvest this incredible performance, the CPU is coupled with up to 64 GB of DDR4 RAM organized in two banks with ECC support. All these Xeon® D cores coupled with Sparrow II’s I/O can be used to create multiple virtual machines (VMs), replacing up to 32 separate single-processor systems. The Sparrow II is developed in alignment with the SOSA™ Technical Standard.

APPLICATIONS
The Sparrow II is designed to provide the ultimate and first-of-its-kind micro-server class OpenVPX embedded server replacement of multiple legacy OpenVPX SBCs (x86 or PowerPC™) with a single module utilizing Intel’s Virtualization Technology (VT-x/VT-d2). Furthermore, with the Trusted Execution Technology (TXT), the module is secure from unauthorized boot devices and unauthorized replications of the system.

The VPXC200 is ideal for defense applications, where investments have been made on an OpenVPX platform and where true hard “Real Time” is required. The Sparrow II may be ordered from the factory with operating systems such as Windows®, Linux®, or RTOS pre-installed.